To begin with, Sabayon 11 release is not be missed. At least that is the evidence I got post using the Sabayon 11 XFCE and KDE releases. Hardware support is better than ever with complete EFI/UEFI and UEFI SecureBoot support, greatly improved NVIDIA Optimus support through Bumblebee, a selection of MySQL flavors, including Google MySQL and MariaDB, up to 14000 packages now available in the repositories per architecture, and much, much more. I already reviewed the XFCE and KDE releases and found both to be really really good. Next in line is the Mate version.

Sabayon 11 Mate 32-bit ISO is about 848 MB and comes with Mate 1.4.1 desktop with Linux kernel 3.7.0. Caja 1.4.0 is the default file manager. The ISO supports live-boot and I used my Asus K54C with 2.2 Ghz Core i3 processor and 2 GB RAM. It doesn't have NVIDIA graphics for the test. Using Unetbootin, I created a live USB. I used it to live boot on the laptop mentioned above followed by installation to a 16 GB hard drive.

To begin with, Sabayon 11 release is not be missed. At least that is the evidence I got post using the Sabayon 11 XFCE release. Hardware support is better than ever with complete EFI/UEFI and UEFI SecureBoot support, greatly improved NVIDIA Optimus support through Bumblebee, a selection of MySQL flavors, including Google MySQL and MariaDB, up to 14000 packages now available in the repositories per architecture, and much, much more. I already reviewed the XFCE release and found it to be really really good. Next in line is the KDE version.

Sabayon 11 XFCE Review: Extremely refined and a release not to be missed!

The name "Sabayon" always rings me of a very refined and extremely polished Linux operating system. As has been my experience with Sabayon 9 and 10, even the Sabayon 11 release doesn't disappoint. Sabayon 11 is refinement exemplified and is released in four flavors: Gnome 3, KDE, XFCE and LXDE. I start this series of review with my preferred desktop environment, XFCE.

Sabayon 11 has XFCE 4.10 with Linux kernel 3.7.0. Sabayon is based on Gentoo linux and is a simplified version of Gentoo, I must say. I tested with the 32-bit ISO, about 1.3 GB in size, and supports live-boot. Sabayon has a rolling release with three of it's releases (8, 9 and 10) coming in 2012. Those who are already using Sabayon need not to worry about the 11th release - already their installations would be upgraded to 11.

Simply put, it has become really boring to review any Linux Mint distro as I need to write the same words again and again. Things work so perfect with Mint and honestly, I haven't seen any other Linux distro better than Mint in terms of stability and performance. Last year when I reviewed Linux Mint 13 XFCE (the long term support one), I coined the release as the best of the year for any XFCE distro. Same words go for Linux Mint 14 XFCE as well, it just only got better from the last release. 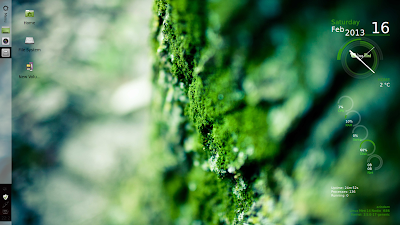 In nutshell, Linux Mint 14 XFCE has just got almost everything that you need from a good distro and it offers much more. It  is lightweight, detects hardware impeccably, gives correct resolution and is buttery smooth to use. There is hardly anything that goes wrong with the Linux Mint release. Now my good words are exhausted and lets talk something not so good about Linux Mint. I guess, it might be bothering some of you too.

As I have been saying in my last few articles, Linux desktops like Gnome, KDE, LXDE, XFCE, etc. (except Unity) can be customized - so much that even at times it becomes difficult to identify what desktop environment (DE) actually it is! In my last article I covered whatever is written here, just separating out the compiz bit so that it is easier to search in google.


The finest of all customization is, to me, compiz. However, to run compiz with, say Xubuntu 12.04.1 LTS, your system needs a bit of RAM and CPU power. Compiz works really well in modern laptops with 2 or more cores and I have tested that compiz works well with Gnome fallback, KDE, LXDE and XFCE.

How to customize and decorate Ubuntu desktop? Simple steps to customize Linux Desktop: Give your Fedora or Ubuntu a face-lift!

As I have been saying in my last few articles, Linux desktops like Gnome, KDE, LXDE, XFCE, etc. (except Unity) can be customized - so much that even at times it becomes difficult to identify what desktop environment (DE) actually it is! I do some very basic level customization to give a face lift to otherwise bland DEs like LXDE, XFCE, Openbox, etc. and in this article I'll take you through customization involving

When I reviewed Linux Lite 1.0.0 last year, I was pretty happy with the lightweight XFCE distro. The release was based on Ubuntu 12.04 LTS and was quite lighter than Xubuntu 12.04. Once the 1.0.4 update for Linux Lite came out in February 2013, I was a bit curious to try out and see the incremental additions that the developers have made to the updated release.

I found a few changes from 1.0.0 in 1.0.4, namely:
1. Linux kernel is updated to 3.2.18 and it seemed to be more stable than the previous release.
2. A new gaming application added with variety of games for Windows and some games for Linux - Steam.
3. A few applications like LibreOffice Impress added to the application list.
4. The ISO is now lighter by about 160 MB which is a welcome change.

Other than that, it is pretty much the same as the past release. I'll cover my experience with Steam in the later part of the article. I expected a little bit more especially on desktop environment and application aspect, namely: 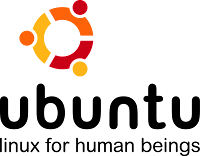 With Fedora 18 release in Jan 2013, I see increase in interest on Fedora distros in my friends circle. Almost everybody wants to know between Fedora and Ubuntu - who offers better proposition? Well, honestly, there is no straight forward, definitive answer and both command a significant number of dedicated users. As you see, both Ubuntu and Fedora gives birth to scores of derivatives and are held in high regard in the Linux world. Ubuntu itself is derived from Debian and Fedora from Redhat. In this article I attempted to document and compare my experience with both the distributions and I leave it to the readers to decide. 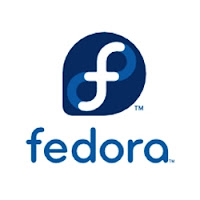 I pick here Fedora 18 Gnome, KDE, XFCE and LXDE to compare with Ubuntu, Kubuntu, Xubuntu and Lubuntu (all 12.10 release). The reason for me to compare all 4 desktop interfaces is to make holistic comparison. The results showcased here are based on my testing, done between Nov'12 to Feb'13 on my Asus K54C laptop, Core i3 2.2 Ghz processor with 2 GB RAM. My assessment is based on Installation, Aesthetics, Hardware Recognition, Applications and Performance. Intentionally, I exclude the repository here as majority of the commonly used applications have both deb and rpm versions.

LibreOffice 4.0.0 is released and you can download the installation file from LibreOffice site. Two files are to be download:

Before proceeding, first uninstall the existing LibreOffice installation via terminal, by:

Email ThisBlogThis!Share to TwitterShare to FacebookShare to Pinterest
Labels: Install LibreOffice 4.0.0 in Ubuntu

Last year, I started using PCLinuxOS KDE on a regular basis with 2012.02 and with 2012.08 release, I really fell in love with the distro. The July release provided almost every application I require, out of the box, and I hardly needed installing any more application from the repository. However, I found it to be a bit high on resource consumption compared to other KDE distros released in 2012.


Given the improvement I saw with the 2012 releases, I had high expectations with the 2013.02 release, especially on improvement in resource consumption. And I have to say, PCLinuxOS didn't disappoint! I begin with a note of thanks to the developers of this wonderful distro. I'll explain the incremental improvements in simple non-technical terms with results.

Enlightenment is definitely one of the best looking lightweight desktops that I have used. Thanks to Rasterman and team for creating and nurturing this amazing desktop. I would place it somewhere between Openbox and LXDE both in aesthetics as well as performance. Openbox runs on the least resources of the three but looks a bit blank whereas LXDE consumes a bit more RAM and CPU but can be customized to look absolutely stunning! E17 is somewhere intermediate, capable of running on modest resources and capable of looking very attractive. Bodhi 2.2 is the best example of a great looking E17 distro.

Last month I reviewed Bodhi and found it to be one of the best lightweight distros that I have used. Seriously beautiful and functional. So, when the Snowlinux 4 e17 release note came out in Distrowatch, I was interested to use and review it having used and impressed by the Snowlinux 3 e17, released in 2012.


Snowlinux 4 32-bit e17 ISO is about 884 MB in size. This assessment is done entirely by me. My assessment is based on installation on Asus K54C laptop with 2.2 Ghz Core i3 processor and 2 GB RAM and experience of using it for the last 3 days. As the name suggests, Enlightenment (e17) is the desktop environment here with Linux kernel 3.5.0 and it is based on Debian Wheezy. Enlightenment and Thunar 1.6.2 are the file managers provided here. I found quite a few limitations in Enlightenment file manager though it is very lightweight. Hence, thanks to the developers for providing Thunar, it is absolutely helpful.

Aesthetics
Obvious comparison will be with Bodhi 2.2.0 for any e17 distro. Though Snowlinux 4 "e17", with black panels and white background, looks way better than its XFCE counterpart, but it is no match for Bodhi. With so many catchy themes in Bodhi, Snowlinux with a single theme looks pretty bland. One good thing is that in Snowlinux, the effects are subtle and doesn't interfere with productivity.
Read more!
Read more »
Posted by Arindam Sen at 11:57 AM 2 comments: