Fuduntu 2012.3: Neither Fedora nor Ubuntu, but different

In my post on Fedora Vs Ubuntu, I mentioned my wish of having a distro that combine the simplicity of Ubuntu with elegance of Fedora. And a friend of mine, Darshak, suggested me to try out Fuduntu. I downloaded the latest 2012.3 from the website. The ISO is a whopping 931 MB!

I booted it up in VirtualBox. It didn't ask me unnecessary questions like type of keyboard, location, etc. but automatically detected those - which is good! The boot up is similar to Fedora and I was greeted with a cool desktop. 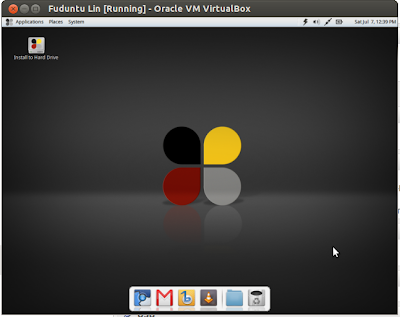 CPU and RAM usage in Fuduntu is much lower than either Fedora 17 or Ubuntu 12.04 LTS. Definitely the OS is targeted to low resource computers like netbooks or older computers and it performs well there. Speed is impressive. 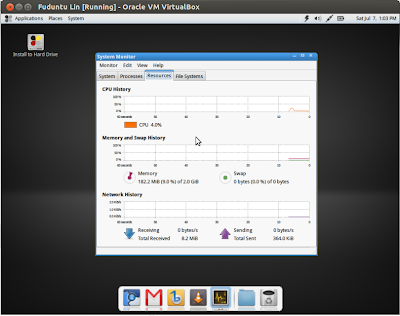 But the default application list given in a 930 MB ISO is a big let down! Very limited number of apps are provided by default and users have to download a lot of stuff - like LibreOffice (only Google docs provided as default office), GIMP, Skype, etc. Chromium is the default browser and it has Adobe Flash pre-installed. Java is missing but from the repository, users can download Java. There is a Gmail icon in docky - it merely opens the gmail site in Chromium and not a dedicated gmail app. VLC is there along with shotwell, Banshree media player, to mention the notable apps present in the OS.

One good aspect to create a light OS is Nautilus Elementary. It also has tweaks to move the /temp and /log directories to RAM and less swappiness, thereby ensuring hard drives spin-up less frequently. 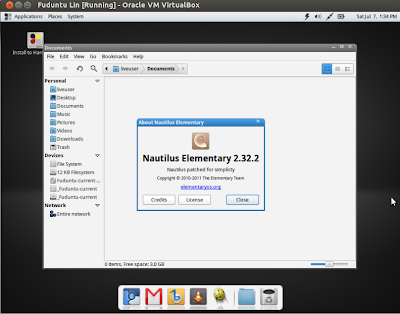 A notable presence is of Dropbox and Jupiter. Jupiter is a power and control app, a must have to save battery juice if you are working on netbooks/laptops. 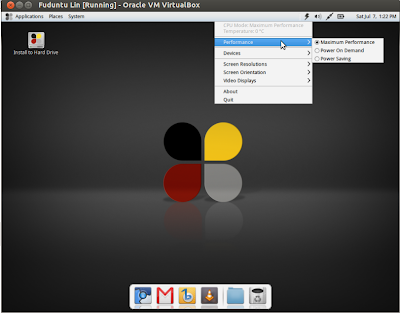 You can see more snapshots at my Flickr album. A total of 15 snapshots including the ones shown above are there.

Fuduntu seems to be specializing towards providing a light and less resource intensive distro, forked from Fedora. However, I am a bit disappointed with the applications provided along with the ISO. I expected a lot from a 930 MB ISO. Anyway, possibly they wanted to retain the bare minimal applications required for a netbook user and not pamper them with choices. I would rather go for a Puppy Linux if I really need a light but complete OS, rather than Fuduntu. Nothing beats Puppy on speed and low resource usage!
Posted by Arindam Sen at 11:15 AM