One thing I dislike about Ubuntu is that the installation process involves downloading 300-400 mb of data and it doesn't end there! Even after installation, the first update is about 200 mb! Further, to install your favorite programs, you have to download another 100 mb!

What if the OS itself gives you most of your favorite programs? That would save you a lot of time and internet data indeed.

Both Zorin and Pinguy OS target providing a more comprehensive package to the users than what Ubuntu provides and Zorin has additional mandate of being user-friendly to Windows users.

I'll take up Pinguy OS first. To be honest, if I thought Linux Mint to be value addition over Ubuntu, Pinguy OS takes it to another level for sure. The ISO of Pinguy OS 12.04 beta is bulky (1.7 GB) and it can be downloaded from here. The final release is also out by now. I booted it up in Virutal Box (with 2 GB RAM allocated). The boot up was effortless and it took about 30-45 seconds. I was greeted with a really attractive desktop upon login. 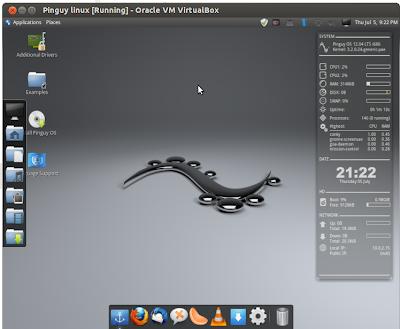 The desktop also has some cool effects when you scroll over the dockies (left and bottom). 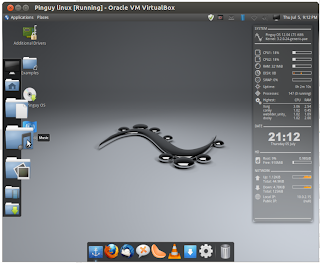 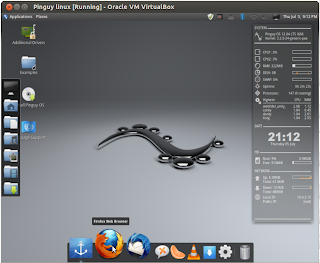 Package-wise the distro is complete with the followings:

Softwares can be downloaded from Ubuntu software center. You can view more snapshots of Pinguy OS 12.04 in my flickr album.

Zorin is another attempt to give a complete package to the users. Zorin resembles Windows more than other Linux distros. The base to Zorin 6 is Ubuntu and its ISO is 1.4 GB. Applications included include VLC, Cheese, GIMP, Adobe Flash, Java and non-free codecs along with the regular apps you get with Ubuntu. 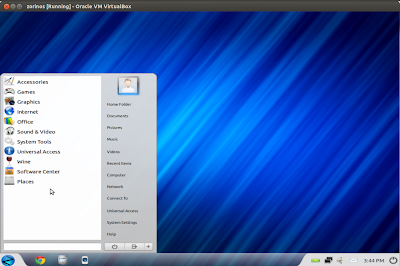 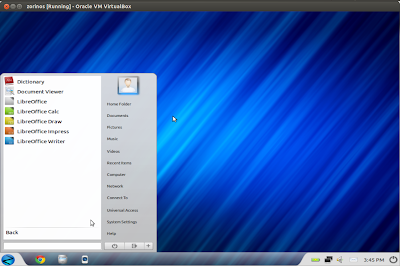 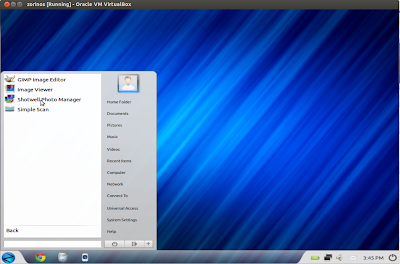 It shares the Ubuntu Software Center and users can download apps from there. Without any other app running, CPU usage is 9% and 310 MB of RAM. 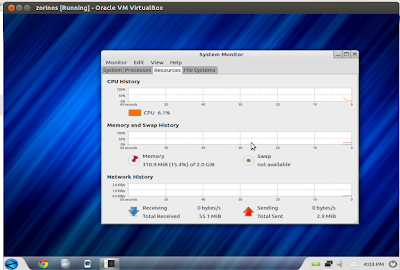 Recommendation
Both Pinguy and Zorin are good OS and for those who want to have their favorite applications out of the box and not tinker with the system much, a definite choice for them. My personal recommendation is Pinguy OS as it is completely free and has a great community support for the users. Further, the out of the box application inventory is more complete for Pinguy OS and I prefer the look of Pinguy OS more than Zorin.
Posted by Arindam Sen at 1:37 AM