Decent|OS 3.0 Alpha 2 Review: Good but can be better


Yesterday I reviewed Pinguy and Zorin, and today I booted up another similar distro - Decent|OS 3.0, which is a Ubuntu derivative with Mate desktop. The 930 MB ISO can be downloaded from here. It is a 32-bit image & 64 bit is not available yet. It is still in Alpha 2 stage and should not be used for production purposes.

Booting in a VirtualBox

On booting, the familiar Ubuntu boot up screens are visible. Possibly the developers will take care of it in the final release. 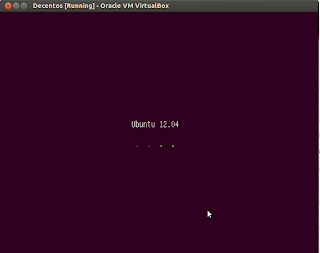 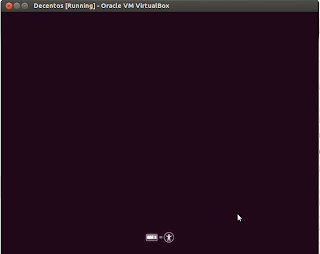 Desktop
The desktop interface is decent and attractive. There is no Unity and possibly it would give relief to a lot of hardcore Linux users! 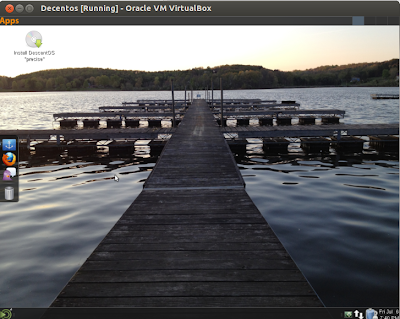 
The developers have taken care to provide a lot of out-of-the-box support for apps which we use regularly but absent in Ubuntu 12.04 LTS, like VLC, GIMP, Docky, etc. Transparent look of the Guake Terminal is really cool. Rest of the apps provided are the same as in Ubuntu 12.04 LTS. Apps collection is good, if not impressive. One missing element I see is Adobe Flash support. But, it can be downloaded from the Ubuntu Software Repo.

This is one area where Decent OS scores over Pinguy or Zorin. The RAM usage (without any other app running) is significantly lower (220 MB). Definitely a lot of hard work went in to make it usable in low resource netbooks (mostly with 1-2 GB of RAM). 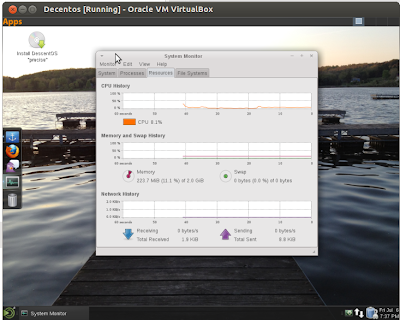 Overall, I liked Decent OS, it is comparatively lighter than counterparts like Zorin or Pinguy but offering almost similar collection of applications. However, developers should make certain cosmetic changes, especially in the booting screen. For more screenshots, please visit my Flickr album.
Posted by Arindam Sen at 3:26 AM