For quite sometime I was thinking of trying my hands on some very lightweight linux distributions. Really they have a special place in the linux history - distributions which not only brings life back to your old rejected computers but make them highly functional.

And perhaps Slitaz 4.0, a minimalist linux distro, has a special place even among the light-weight linux OSs. Why? Where do you get a power packed OS in 36.4 MB size? That too packed with almost complete OS that can load on RAM and run on just 128 MiB memory!

Though the OS has a funny name, but I am impressed, to say the least with it's overall functionality. I am currently typing this article from Slitaz, booted from usb. It is fastest OS I have ever used. Interface is also charming. 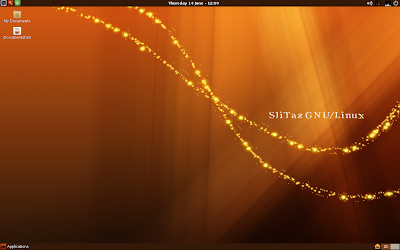 Booting time is quite less and it would ask for the language settings and key board settings. And that's it! OS loads smoothly with a shiny interface.

Default desktop is Openbox, with PCMan file manager and lxpanel. Layout is similar to Gnome 2 or Gnome 3 fallback mode, a familiar layout for Ubuntu users. 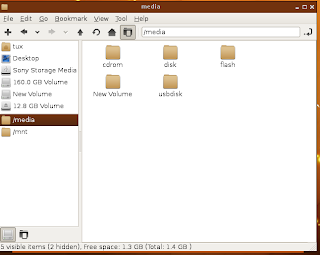 A very good feature I see is the Tazpanel or Slitaz panel, which acts as the software repository. All the softwares you need for a complete and fully functional OS are existing there. And even the non-free codecs! 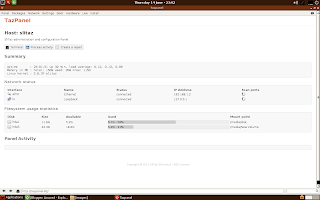 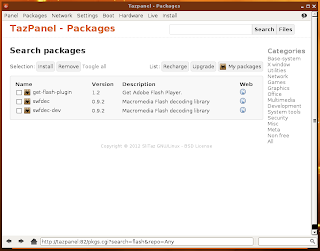 Internet
There are 3 browsers provided: Midori, Retawq and TazWeb. I don't like either of them, to be honest. So, I downloaded Firefox 10.0 is provided in Taz panel but you may like to upgrade to Firefox 12.0 or 13.0. Adobe flash plugin also requires to be downloaded to see flash videos.
Bit torrent client and an exclusive twitter browser (not very functional) are provided as well along with IRC chat. Pidgin & skype can downloaded from the repository.

Additionally you can make your computer work as a server through local web server!

Multimedia
Alsaplayer is the default music player and it is good but minimalistic! However, no video player is provided. VLC is there of course in the repository.

Office
Thinnest of all is the Office segment.  EPDF and Zoho online office viewer are provided but no abiword, gnumeric or libreoffe. They can, however, be downloaded from the repository depending on your choice and requirement. 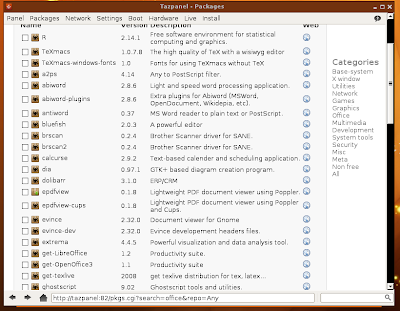 Quite a few developmental tools are provided in addition like Beaver code editor, CGI shell environment, etc. But nor I am on the developmental side, neither I can appreciate those.

As a general user, I see my CPU usage as 0-2% with no application running and a RAM usage of 54 MiB! This is the minimal I have ever seen with any linux distro. I admit a lot of applications are missing like office, firefox, etc. but still packing the rest of the applications in a 36 mb iso is commendable. 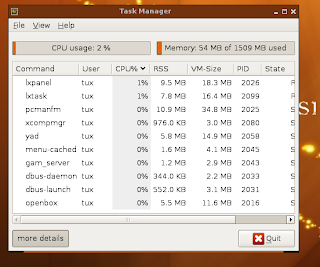 This week I am going to compare some other light weight linux distros like Puppy Linux, MacPup, featherlinux, simple linux and give my final verdict. Meanwhile, those who are interested can download Slitaz 4.0 from http://mirror.slitaz.org/iso/4.0/slitaz-4.0.iso