If you are thinking of the light weight Linux distros, few can miss the Puppy Linux. Now with the release of Lucid Puppy 5.2.8 and Slacko Puppy 5.3.3, puppy has more variety to choose from and a more pleasing desktop.

I downloaded both the versions from the download page. Slacko is built with Slackware binary packages whereas Lucid is from Ubuntu 10.04 packages. Another Precise Puppy from Ubuntu 12.04 LTS is in the alpha stage. Lucid puppy is compatible to .deb Ubuntu packages.

Installation files are not big - 133 mb for Lucid and 116 mb for Slacko. With universal usb installer, it took me couple of minutes to write them into USB drives.

Booting time is really fast from USB. No unnecessary questions - simple boot to directly desktop! Normally it takes for any Linux to boot in about 3-5 minutes. Both the puppies booted in flat 2 minutes! Like Slitaz, Puppy Linux also runs from RAM and have minimum system requirement. I guess even 128 mb RAM and a P2 is good enough!

Desktops look similar in both and familiar to the older puppies. Default desktop manager is JWM and is light weight but well organized. Common applications are visible on the desktop. 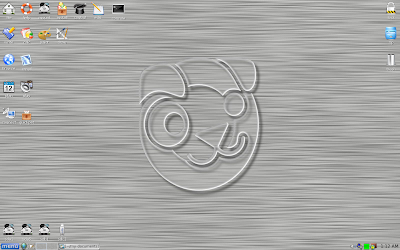 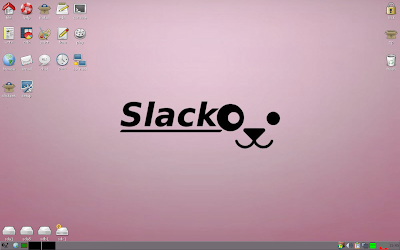 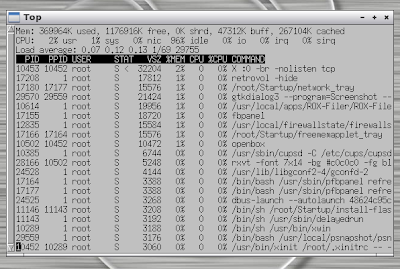 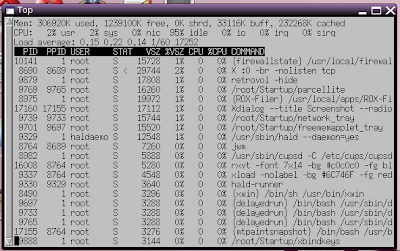 Instantly both the distros recognized my lan connection and immediately I was online.
Slacko has SeaMonkey browser by default and Lucid has Midori. SeaMonkey definitely is a better option than Midori, I guess. But, I downloaded Firefox 12 from the software repository. You can hit the repository from Install icon on the desktop or "Quickpet" in Lucid & "Slickpet" in Slacko. For those who don't want to complicate things quickpet or slickpet are the best options! Even it allows you to configure your system based on graphic card detection! 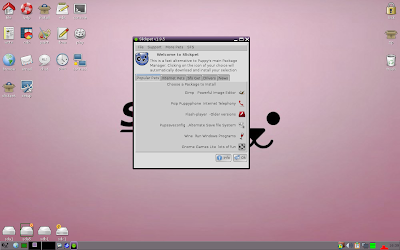 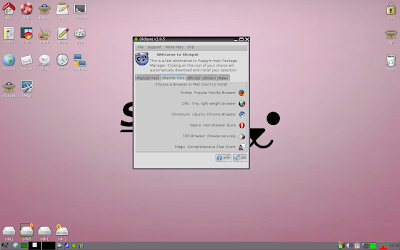 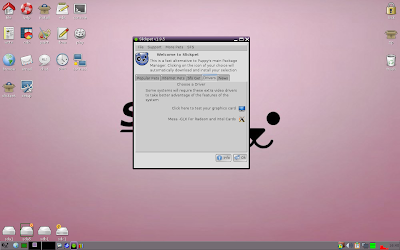 Rox-file manager is kind of buggy and it takes time to get used to it. Drag & drop functions don't work that smoothly here. However, it is fast - really fast! I did a multi-tasking with Abiword, Gnumeric, Gnome media player and Firefox open - 46% CPU usage and 1.4 GB RAM! Normally with so many applications open, given my moderate specs, I won't be able to work in either of them. So, kudos to the developers. 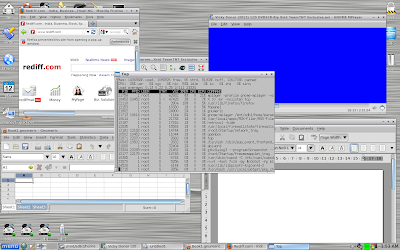 Application-wise Puppy is the richest I have seen in light weight linux (discounting Lubuntu, of course). Almost all the things you need are here and downloading skype, Firefox, Chrome or GIMP are a click away!

Also from the software center, you can download adobe flash plugin, libreoffice, openoffice and other stuff or games you use on a regular basis. You have to go to Utility -> Cloudapps for the same. 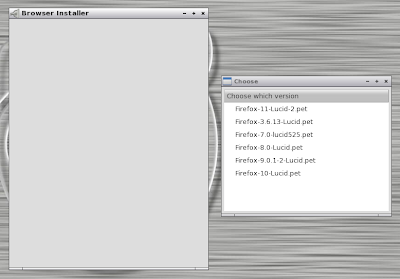 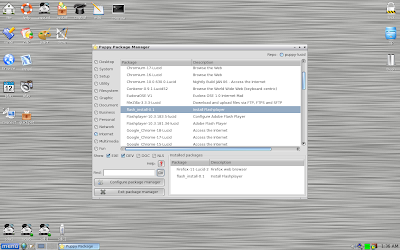 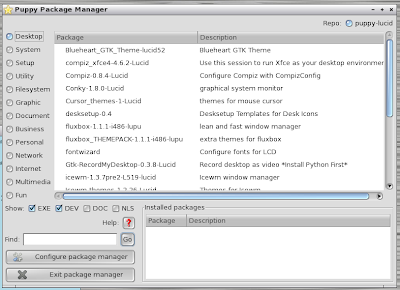 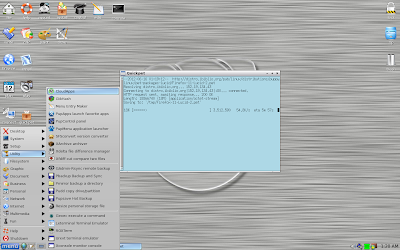 On overall, Puppy Linux is a heavy weight distro. If I compare it with Slitaz 4.0, Puppy wins in terms of completeness but uses, as expected, a bit of more RAM & CPU while in use. Software installation is also easier in Puppy.

One weakness I see in puppy, is on security. It never asked for my password while installing flash-plugin, firefox, or pidgin. Security-wise possibly Puppy lacks a bit behind other Linux distros. Anyway, normal virus (.exe files) won't be able to penetrate Linux shell and while using Linux why I care about virus? :)

Linux kernel in Slacko is 3.1.10 whereas in Lucid, it is 2.6.33.2 - Slacko is a later release and is more advanced. Given the wonderful experience I have with Puppy, I am eagerly waiting to test out the Precise Puppy alpha 1, possibly next week.
Posted by Arindam Sen at 4:37 AM